Passing On The Right of Passage; All Kids Bike National Ambassador Steve Piehl 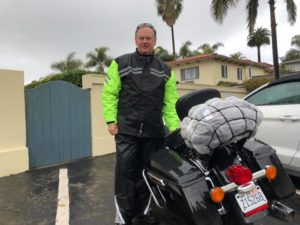 When your entire career has been built around two wheels you take investing in the future of ridership very seriously.  That’s exactly what the newest National Ambassador to All Kids Bike is doing.  Steve Piehl has been biking his entire life and has over 35 years working with Harley-Davidson. He, of course, started at the beginning like all motorcyclists do, with a bicycle.  So it doesn’t surprise us how seriously he is taking his role as All Kids Bike National Ambassador.  He speaks from the heart and we felt best to share his own words about this new mission he is on.

“I still remember when I got my first two-wheeler.  An hour later I begged my dad to take the training wheels off. That bike and the ones that followed were my “freedom machines.”

Until I heard a presentation by Strider’s Ryan McFarland, I always thought that learning to ride a bicycle is something that every American kid does.

But today, the data says that there is an increasing number of kids that never learn how to ride a bicycle. Never get that “OMG I’m doing it” moment, and never learn a life skill that is more important in a world that’s becoming more urban (and often more bicycle-friendly).

The worst part of this trend is that there are a socio-economic bias and a gender bias toward those who never learn to ride a bike. Whether it because of the cost of a bike or not having the opportunity to learn, an increasing percentage of Americans are, literally, being left behind.

My kids all had bikes when they were young. I’ve started a tradition of gifting a Strider Bike to the oldest grandchild in each of my children’s families when he or she reaches two years old. The first beneficiary of this gift was Quinn, who was riding a pedal bike by the time he was three. Hadley and Harlow are on their way to that point now, and the future Baby Piehl in Chicago is only about 2 years and three months away from receiving that Strider gift.

That’s a really long introduction to say that I think riding a bicycle is a super important life skill. I feel bad that so many kids aren’t learning a skill that provides transportation, relaxation, sport, and freedom.

So, let’s do something to help.

All Kids Bike is a campaign designed to raise awareness and support for getting bike riding into Kindergarten physical education class. We need you to join the movement by showing your support so that school systems, government and donors can see the huge support for this effort. See all the details at www.allkidsbike.org

When funding is available, the Strider Education Foundation will provide everything a teacher needs to teach kids how to ride a bike. Hundreds of schools are already benefiting from this effort.I’m honored to have become a National Ambassador for this effort because I really believe in getting kids on two wheels.

Check out my video for a glimpse of my kids and grandkids in action.

I’m honored to have become a National Ambassador for this effort because I really believe in getting kids on two wheels. 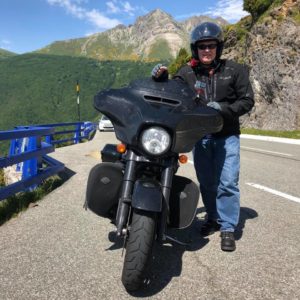 As a motorcycle rider, I get pretty excited about this. One of the prerequisites of taking a beginning motorcycle rider course is the ability to ride a bicycle. So, if we can instill the spirit of the open road in kindergartners, maybe we’ll create a generation of new bicycle and motorcycle fans.

Here’s a link to join the pledge where you can show your support for this movement. Please join me in helping kids all around the country enjoy the fun and freedom of knowing how to ride a “freedom machine.”

We are so excited to have Steve on board and can’t wait to see the support for All Kids Bike grow!