In the industry for over 30 years, Gilby knows his way around motorcycles, hot rods, painting, and pin-striping. He started pin-striping and lettering snowmobiles for friends when he was only 13-years-old. From there, he began to get paid as he did more semi-trucks and sign painting in high school. He began painting motorcycles right out of high school and was hired at Andersen Windows.

While working at Anderson Windows, he still ran the pin-striping/lettering business and started a portable sandblasting business. He began sandblasting and painting heavy equipment for many years. In the late 1980s, he officially started his business and named it “Gilby’s Pin-striping and Lettering.” About 20 years later, he changed the business name to “Gilby’s Street Dept.” and has been growing since.

In 2019, Todd customized one of 11 Strider Bikes for the Flying Piston Benefit, which was unveiled at the Sturgis Buffalo Chip during the 2019 Sturgis Rally. Gilby’s bike was auctioned at Mecum Auctions in Las Vegas, with proceeds benefitting All Kids Bike. 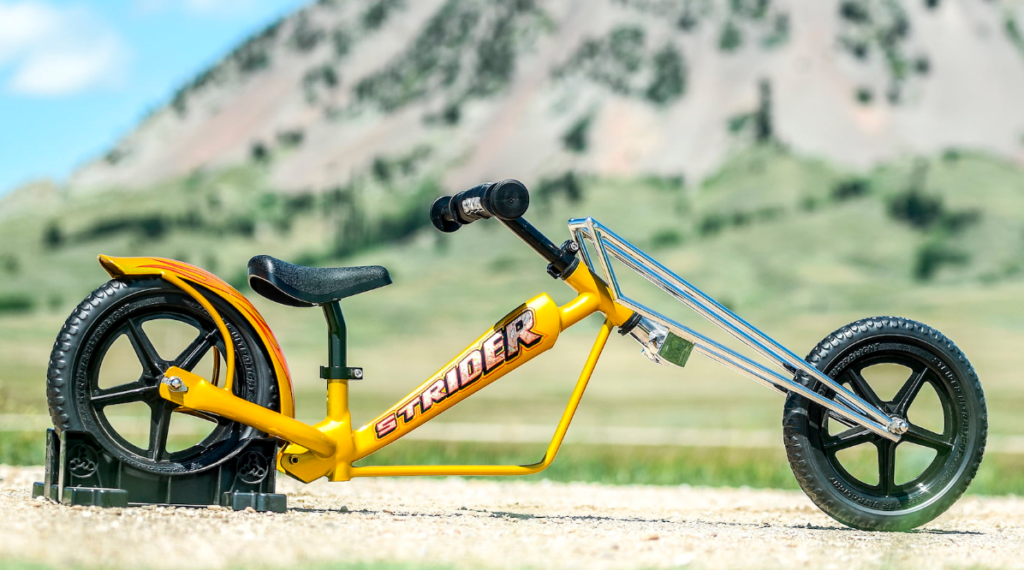