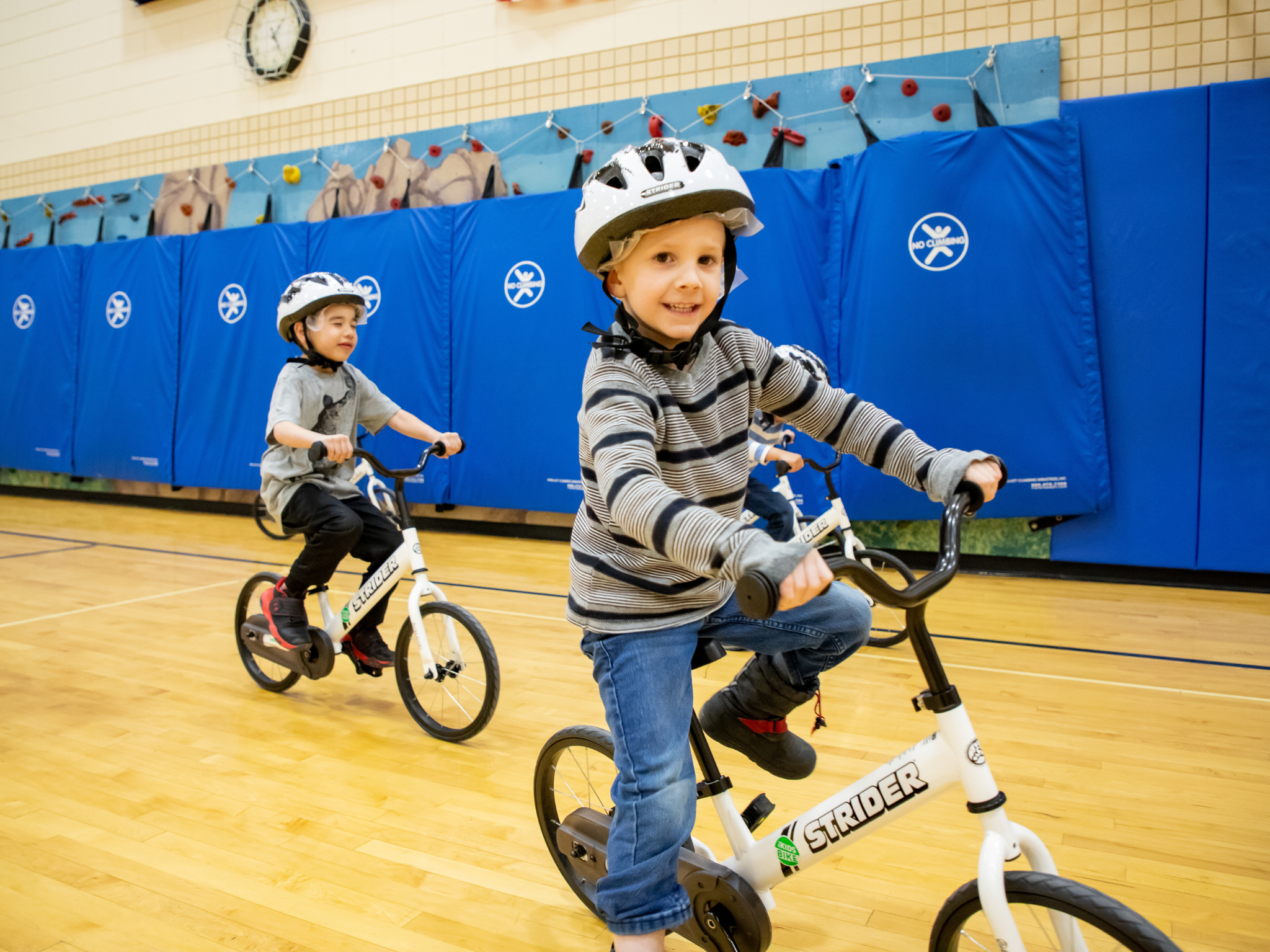 The Environmental Benefits of Riding a Bike

We’ve written a lot about why biking is good for you—but what about its impact on the world around you? How does biking measure up to other methods of transportation in terms of its environmental impact?

Really well, as it turns out. In fact, when it comes to eco-friendliness, bikes are hard to beat. Here, we’ll review some of the environmental benefits of biking.

Cars are among the biggest sources of greenhouse gasses, which are responsible for climate change. According to the US Environmental Protection Agency (EPA), “a typical passenger vehicle emits about 4.6 metric tons of carbon dioxide per year.” Broken down, that equates to about .96 pounds of carbon dioxide per mile.

By contrast, bicycles emit around .03 pounds per mile (and that includes the emissions produced from manufacturing the bike). That’s substantially less than even other environmentally friendly alternatives to driving, such as public transit and carpooling.

To put it in perspective, one ScienceDaily article quoted climate change researcher Dr. Christian Brand as saying, “If just 10% of the population were to change travel behavior, the emissions savings would be around 4% of the lifecycle CO2 emissions from all car travel.” Other sources estimate that even small changes to our transportation behaviors could decrease carbon dioxide emissions by 6 to 14 million tons each year.

On top of that, bicycles don’t run on petroleum products, making them markedly more sustainable than vehicles that run on gasoline. This also reduces the demand for refined oil products, which have a substantial negative impact on the environment even before they make it into your car’s gas tank. The process of oil and gas drilling, refinement, and transportation are significant sources of pollution and emissions. In addition, fossil fuel extraction is often damaging to the ecosystem, thus resulting in habitat destruction for animals that live there.

Even electric or hybrid cars aren’t entirely unproblematic. Although recent years have seen a big push toward green energy sources, much of our electricity still comes from coal. As a result, plugging in a hybrid or electric car still has environmental consequences.

Even outside of gasoline and the carbon emissions it produces, cars contribute to pollution in other ways. For example, runoff from precipitation often picks up rubber traces (from tire wear), antifreeze, and engine oil that have collected on roads or parking lots. These substances are then carried into waterways, where they contaminate our water supply and may have detrimental effects for animal and plant life.

While bicycles aren’t entirely free of pollutants, their impact is much smaller than that of cars. Bicycle tires are significantly smaller, and the only other potential pollutant that bicycles require is a little bit of grease for chains and gears.

In discussing pollution, one type of pollution that is commonly overlooked isn’t a substance, but a sound. Particularly in urban or high-traffic areas, noise pollution from cars is a big issue. Exposure to noise pollution can contribute to heightened stress levels and worse sleep quality. It can also disturb wildlife by inhibiting their ability to communicate with each other, hunt, and perform other essential behaviors.

With bikes, on the other hand, the most noise pollution you’re likely to hear is the occasional gentle tinkle of a bell.

For most people, getting rid of their cars and switching entirely to riding a bike probably isn’t feasible, and that’s understandable. However, that doesn’t mean that it’s still not worth making an effort to bike more. Data from the Bureau of Transportation Statistics shows that in 2021, more than half of all trips were less than three miles—an easy biking distance for most people. By commuting by bike or cycling to the store only a few times a week, we can have a much bigger impact than we might think.

All Kids Bike is a national movement dedicated to bringing the mental and physical benefits of bike riding to every kid in America. Led by the Strider Education Foundation, our mission is to make bicycling skills an integral part of kids’ elementary school education. Our Kindergarten PE Program provides the curriculum, bikes, and safety equipment needed to teach every kindergartner how to ride at no cost to the school itself.

All Kids Bike and the Strider Education Foundation depend on generous contributions from the community to do the important work that we do. Consider donating to a school in your area to support our vision of making this milestone skill accessible to children across the country. Contact us to learn more!